The Chatham Candy Manor has been providing delicious hand dipped chocolates and homemade fudge since 1955. It’s been around so long that it’s now in its third generation.

The Chatham Candy Manor was founded in 1955 by Naomi Louise Turner. She was an entrepreneur, far ahead of her time, charming, independent, beautiful and totally eccentric. She and her daughter, Naomi would arrive in Chatham around the first of July in her yellow push-button drive Desoto station wagon filled to the brim with candy making supplies, card tables, sheets and a couple of old battered suitcases. They would set up the card tables, cover the tables with the sheets, make a batch of fudge and dip some chocolates and be open for business by the 4th of July - the official start of "the season" in Chatham.

They used to sleep in the back room of the store or in the back of the station wagon, like true entrepreneurs, in hopes of making enough money by August to rent a house for the month. Naomi made all the candy according to old family recipes and thrived on the joyful contact with her customers. She filled the store with an air of fun and excitement - "putting on a show," she called it. On the day after Labor Day, they'd pack up and move on.

After Naomi’s passing, the Chatham Candy Manor was left in the very capable hands of Naomi “Dutchie” Turner, and her husband David Veach. They took the Chatham Candy Manor from what was a seasonal summer business into a year round business that only closed for one day of the year (Christmas Day). The transition of Seasonal to Year Round business was quite challenging given the seasonal fluctuations and Naomi found herself dipping chocolate at all hours of the night while Dave had to package them up and ship them out the following day.

With Naomi and Dave’s hard work, the Chatham Candy Manor has grown up, evolved into a unique and highly respected business celebrated for unprecedented quality, extraordinary customer service, artistry in chocolate and social responsibility in the community.

Paige Piper and Robbie Carroll are carrying the torch into the Candy Manor’s third generation:

We are honored and excited for the opportunity to continue making the delicious chocolates and fudge that you have enjoyed for decades. The Chatham Candy Manor has been a staple in the community since its establishment in 1955, and we're thrilled to continue this legacy in the years to come. Of course, we're not new to the Candy Manor, and we wanted to share what makes us so enthusiastic about this next stage:

From Robbie: I was born and raised in Chatham, and spent my summer breaks working at the Candy Manor. Many of you probably know my mom, Susan Carroll, who has worked there since before I was born, and is often seen walking through town with a big smile. After graduation from Bentley University (where I met Paige), I worked in finance, both in banking and at a start-up. After spending years in finance, I was ready for a change. Paige and I decided that our future was in for something a little bit sweeter! I'm very excited to return to Chatham, to the place I've long considered home. If you don’t find me in the store, I am likely managing the Candy Manor’s Website, preparing the next marketing email, or thinking up “just one more great idea”.

From Paige: I grew up in a small town in Maine, forty-five minutes north of Portland. After graduating from Bentley University, I worked on the Development Team for nonprofits, and spent the prior four years at Custom Ink focused on their fundraising and business development initiatives. I'm excited to be back in a small town, and part of a close-knit community again. Though I haven't always had much of a sweet tooth, I've learned very quickly what I've been missing out on. Next time you're in the store, I'll point out some of my new favorites.

We are excitedly gearing up for another great year  in Chatham. Please stop in and introduce yourselves next time you're in the store! 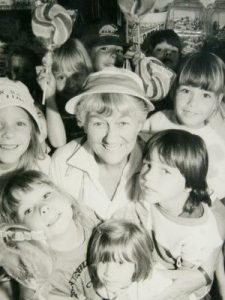 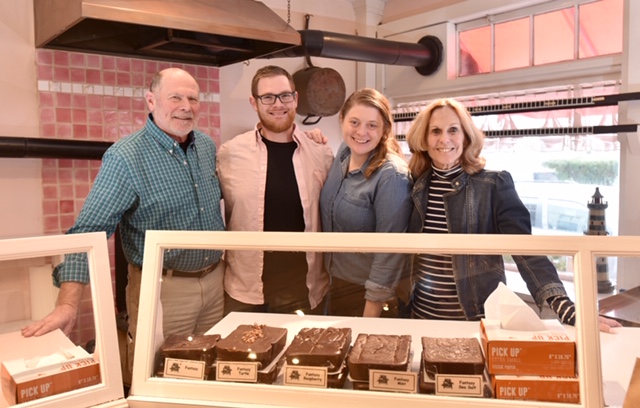